How Is Glyphosate Regulated in Massachusetts? 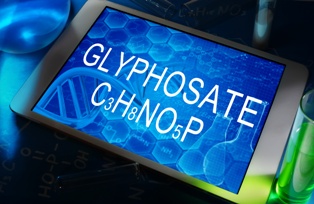 Roundup® is used on commercial farms, public land, and private lawns throughout the world and here in Massachusetts to keep unwanted weeds away.

Glyphosate, the key ingredient in Roundup®, is not a new product. Monsanto has used glyphosate since the mid-1970s. However, in recent years there has been conflicting information about glyphosate safety.

In 2015, the International Agency for Research on Cancer found that glyphosate is “probably carcinogenic to humans.” Since then, people who developed non-Hodgkin’s lymphoma from Roundup® use have brought successful lawsuits against Monsanto, and several large jury verdicts have been awarded after courts found that glyphosate caused the plaintiffs’ cancer.

As of August 2019, the United States government maintains that glyphosate “doesn’t represent a cancer risk” and the Environmental Protection Agency (EPA) will not approve labels that warn people that glyphosate may be carcinogenic.

The EPA is not the only agency to regulate glyphosate. Individual states may also review and regulate the weed killer. In Massachusetts, the responsibility for reviewing and regulating glyphosate falls to the Massachusetts Department of Agricultural Resources (MDAR).

Additionally, two bills were introduced in the Massachusetts legislature this year. One bill would ban glyphosate use in the Commonwealth and the other would prohibit glyphosate use on public lands without a license.

While the United States and Massachusetts governments have not limited glyphosate use as of August 2019, individual Massachusetts towns and cities have taken action. For example, on Cape Cod:

Other municipalities have also taken action. However, Massachusetts law prevents individual towns and cities from regulating how pesticides are used on private property.

Around the world and close to home, glyphosate regulation continues to be considered by municipalities, states, and countries. For example:

Glyphosate use continues to be controversial and local, state, and federal governments continue to grapple with regulating this potentially dangerous substance.

Do You Have Roundup®-Related Cancer in Massachusetts, Rhode Island, or New Hampshire?

If you were exposed to Roundup® and you have non-Hodgkin’s lymphoma, then now is the time to take action. You may be able to pursue mass tort litigation and recover damages for all of your Roundup® related injuries. Damages may include compensation for past and future medical costs, lost income, pain, suffering, and other losses. In some cases, punitive damages may also be possible.

Contact the experienced attorneys at Keefe Disability Law online or by phone today to schedule your free, no-obligation consultation and to learn more about your rights and possible recovery.