What are the Monsanto Papers? 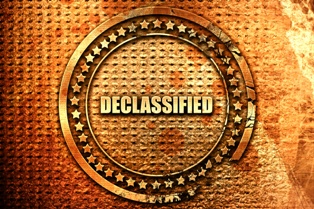 One of the key issues in Roundup® lawsuits is what Monsanto, the company that makes Roundup®, knew about the product’s safety and when it knew it. The Monsanto Papers is a collection of texts, emails, memoranda, studies, and other documents that were discovered during Roundup® litigation that identify what Monsanto knew about the possible dangers of Roundup® and when the company knew this critical information.

What Is in the Monsanto Papers?

In 2017 and again in 2019, information from the Monsanto Papers became declassified, and they are now available to the public.

In 2018 an article entitled The Monsanto Papers: Poisoning the Scientific Well was published in the International Journal of Risk and Safety in Medicine. The study’s author looked at 141 declassified documents in the Monsanto papers to see if Monsanto was influencing how scientific studies about the safety of glyphosate were reported. Glyphosate is the main ingredient in Roundup®. The study found that:

Together, the information in the Monsanto Papers indicates that Monsanto knew Roundup® could be a serious health risk and took steps to hide the risk from government regulators and the public.

Why the Monsanto Papers Matter

The Monsanto Papers may provide valuable evidence in your case if you have developed non-Hodgkin lymphoma from Roundup® exposure. Specifically, the texts, emails, memoranda, and other documentation may show that Monsanto knew of the Roundup® risks and failed to warn the public about those risks.

However, the Monsanto Papers alone will not be enough to prove your case. To recover damages, you will need to prove that Roundup® caused your cancer. Your attorney may use documentation of your history of Roundup® exposure, your medical records, other documentation, and expert testimony to make this critical connection for the court.

Fight for the Recovery You Deserve

Several people with non-Hodgkin lymphoma from Roundup® use have successfully pursued lawsuits, and they have been awarded millions of dollars—or more—in damages.

Now, our lawyers and the public know more about glyphosate safety and Monsanto’s actions than we did a few years ago, and our Roundup® injury lawyers will fight hard to get each of our client’s the fair recoveries that they deserve.

If you have non-Hodgkin lymphoma from Roundup® exposure, then your damages should include compensation for past and future:

To learn more about your rights and to protect your recovery, please contact our Roundup® injury lawyers today for a free, no-obligation consultation.