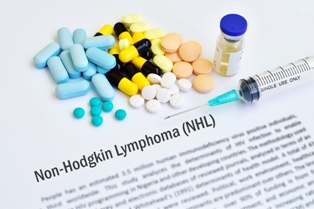 U.S. farmers, landscapers, homeowners, and others spent approximately $295 million on Roundup® in 2017. Roundup® is a commonly used herbicide made by Monsanto. Roundup® is designed to kill weeds and allow crops, plants, and lawns to grow productively. Since becoming available in the United States during the mid-1970s, many people have used Roundup® and have been exposed to its primary ingredient, glyphosate.

In March 2015, the World Health Organization’s International Agency for Research on Cancer found that glyphosate is “probably carcinogenic to humans.” Other agencies and some foreign governments have also issued warnings and taken action to limit or ban Roundup® because of glyphosate’s link to non-Hodgkin’s lymphoma.

As of May 2019, the United States government has not taken action to limit or ban Roundup®. However, individuals who have been diagnosed with non-Hodgkin’s lymphoma have filed lawsuits seeking damages from Roundup® maker Monsanto. Some of these lawsuits have resulted in sizeable recoveries for these individuals after juries found that their non-Hodgkin’s lymphoma was caused by Roundup® use. These verdicts include a(n):

The lives of these plaintiffs, and thousands of others whose cases are currently pending, were forever changed when they were diagnosed with non-Hodgkin’s lymphoma.

Non-Hodgkin’s lymphoma is a type of cancer that starts in the body’s white blood cells. It can start anywhere in the body’s lymphatic system.

Symptoms of non-Hodgkin’s lymphoma include:

If you experience any of these symptoms, then it is important to see a doctor. Your doctor may use various tests such as blood, urine, lymph node, bone marrow, and imaging tests to diagnose your condition. Depending on the stage of your cancer, treatment options may include:

Other medications or clinical trials may also be recommended.

Your prognosis depends on many different factors, including where the cancer is located, the type of non-Hodgkin’s lymphoma that you have, your overall health, and other factors.

People who have been hurt deserve to make fair recoveries for things such as medical expenses, lost income, physical pain, emotional suffering, and other damages. Monsanto also deserves to be held accountable, and punitive damages may be available.

Contact our mass tort lawyers today for a free, no-obligation consultation. Let’s talk about your legal rights, your options, and your potential recovery so that you can make an informed decision about whether to pursue a Roundup® claim.