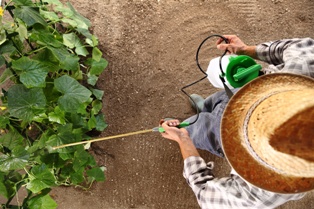 Alberta and Alva Pilliod live in California. The couple has been married for almost 50 years, and they have two children and four grandchildren.

The couple, now in their 70s, sued Monsanto claiming that it was their exposure to Roundup® that caused their cancer.

The Pilliods were not the first plaintiffs to win a Roundup® cancer case against Monsanto. Two other plaintiffs successfully proved that Monsanto’s Roundup® products caused their non-Hodgkin lymphoma, and they also recovered damages.

However, the Pilliods’ case was significant not only for the damages that it provided to Alva and Alberta Pilliod, but also because it:

Additionally, important new evidence about what Monsanto knew and when it knew it was uncovered in the Pilliod case. This evidence included internal Monsanto emails and emails and texts between Monsanto and officials at the U.S. Environmental Protection Agency (EPA). According to one of the Pilliods’ attorneys, Michael Miller, the jury was provided with a “mountain of evidence showing Monsanto's manipulation of science, the media, and regulatory agencies to forward their own agenda."

What Happens Next in the Pilliod Case?

Bayer, which is the parent company of Monsanto, quickly announced its intention to appeal this verdict. Bayer reportedly intends to argue that the EPA’s position as of April 2019 is that glyphosate poses no risk to humans and is not likely to be carcinogenic. According to news reports, Bayer will argue that the decision in the Pilliod case conflicts with the EPA’s decision and, therefore, the Pilliod decision cannot stand. It is important to note, however, that other studies and warnings conflict with the EPA opinion. For example, in 2015, the World Health Organization (WHO) found that glyphosate might cause cancer.

No one can predict exactly what will happen next in the Pilliod case. It is likely that their $2.055 billion damage award will be reduced. However, the case remains significant both for the evidence that was uncovered and for the other reasons described above.

What Happens Next for You?

The Pilliods have had their day in court and were awarded significant damages for their injuries. Currently, more than 13,000 other lawsuits are pending against Monsanto by people who allege that they developed cancer after using Roundup® products.

Our experienced lawyers are currently accepting Roundup® injury cases. You deserve to make a full and fair recovery if you developed non-Hodgkin lymphoma from Roundup® use. Call our mass tort attorneys or fill out our online contact form today to find out more about your rights. Our lawyers would be pleased to provide you with a free case consultation so that you can get the information that you need to decide whether pursuing a Roundup® case is right for you.