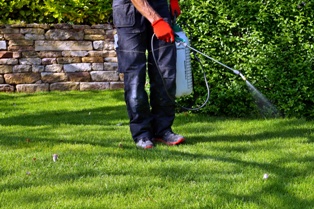 The jury found that Roundup® exposure was a substantial cause of Alva’s and Alberta’s non-Hodgkin lymphoma and awarded:

This award of more than $2 billion was momentous and important not only for the Pilliods but also for others suffering non-Hodgkin lymphoma from Roundup® exposure. As soon as the court announced the jury’s decision, however, it was predicted that the damages the Pilliods would receive would be significantly reduced, and that’s precisely what happened.

The judge found that the $55 million compensatory damages award was too high and reduced that award to $17 million. After that, he reduced the combined $2 billion in punitive damages to $70 million.

Accordingly, the Pilliods damage award was reduced from $2.055 billion to $87 million. The Pilliods’ attorney released a statement saying that the reduced compensatory damage award does not fairly compensate the Pilliods for their pain and suffering but also noted that the judge rejected all of Monsanto’s defenses and sustained a substantial verdict. Bayer AG, the parent company of Monsanto, plans to appeal the decision in this case.

The judge who reduced the $2.055 billion Roundup® verdict was clear about the essential facts in the Pilliod case. Specifically, he noted that:

Thus, while the verdict was significantly reduced for the Pilliods, the legal decision in their case stands, pending appeal, and remains important for other people who suffer from non-Hodgkin lymphoma because of Roundup® exposure.

The Pilliods are not the only ones who have successfully sued Monsanto after using Roundup® and developing cancer. At least two other California courts have found for the plaintiffs in Roundup® cases. The verdicts in both of these cases were also reduced in one case to $78.5 million and in the other case to $25.2 million.

Currently, there are an estimated 13,000 Roundup® cases pending. Additional plaintiffs who are just learning of their non-Hodgkin lymphoma or who have not yet been diagnosed with cancer may still come forward.

If you are one of the people who has been hurt by Roundup®, then we encourage you to contact a mass tort lawyer as soon as possible. You deserve to make a fair recovery for all of your past and future medical costs, lost income, out-of-pocket costs, pain, and suffering. Additionally, Monsanto deserves to be held accountable for your injuries.

Our mass tort lawyers want to provide you with an honest case review that you can trust so that you can decide whether to pursue a legal case. Call us or fill out our online contact form today to schedule your free, no-obligation initial legal consultation.