Another Paraquat Lawsuit You Will Want to Know About

The United States Environmental Protection Agency (EPA) first approved paraquat in 1964. Despite recognizing paraquat as a highly toxic herbicide, the EPA renewed paraquat’s approval in July 2021 with additional mitigation measures to try to prevent human illness and fatalities. The new approval is good 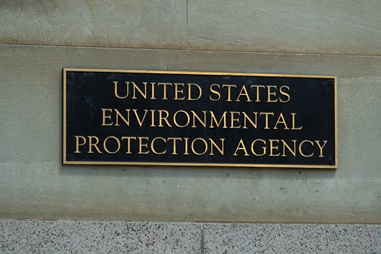 However, many groups feel that the EPA’s added mitigation measures are insufficient. In September 2021, these groups sought legal action against the EPA to set aside the EPA’s 2021 paraquat approval.

Who Is Suing the EPA Over Paraquat Approval?

Farmworker groups, environmentalists, and health organizations have joined together to sue the EPA over its paraquat decision. The specific groups seeking to have the EPA decision overturned include:

The groups allege that the EPA dismissed scientific studies linking paraquat exposure to Parkinson’s disease. Additionally, despite finding that paraquat could damage the eyes, kidneys, and respiratory system and be fatal in small doses, the EPA continued to allow most aerial applications of paraquat, which creates unreasonable risks for farmworkers. The groups claim that the EPA’s widespread approval of Paraquat violates the Federal Insecticide, Fungicide, and Rodenticide Act, and they are seeking relief from the United States 9th Circuit Court of Appeals.

The groups seeking relief from the 9th Circuit Court of Appeals aren’t the only ones with concerns about paraquat safety. Product liability lawsuits have been filed around the country and are now consolidated in multidistrict litigation (MDL). These lawsuits allege that paraquat exposure causes Parkinson’s disease.

It’s been more than a decade since a National Institutes of Health (NIH) study found that people exposed to paraquat were 250% more likely to develop Parkinson’s disease than other people. That study was followed up with other studies in prestigious medical journals such as The American Journal of Epidemiology, the Journal of the American Medical Association (JAMA) Neurology, and the National Institute of Environmental Health Sciences that also found a likely connection between paraquat exposure and Parkinson’s disease.

According to the research, paraquat may affect dopamine development in the midbrain. While the exact cause of Parkinson’s disease is unknown, decreased dopamine may be a factor in developing Parkinson’s symptoms.

Parkinson’s disease is a progressive disease that may result in tremors, muscle stiffness, difficulty with automatic movements, trouble speaking, cognitive changes, pain, and other medical concerns. Currently, there is no cure for Parkinson’s disease. However, various treatments may control Parkinson’s symptoms.

What to Do If You Develop Parkinson’s After Paraquat Exposure

Both the case pending against the EPA in the 9th Circuit Court of Appeals and the MDL cases filed by people who developed Parkinson’s disease after paraquat exposure matter. Their outcomes may be relevant to paraquat’s future and the safety of farmworkers throughout the country.

However, if you already have Parkinson’s disease from paraquat exposure, then now is the time for you to consider legal action. The other lawsuits won’t result in a recovery for you. If you want to recover compensation for things such as your past and future medical costs, lost income, physical pain, emotional suffering, and loss of quality of life, then you need to take action quickly.

Our mass tort injury lawyers are here to help you. The large companies that make, market, and distribute paraquat will vigorously defend their product. You deserve to have aggressive representation and to let us help you fight for your fair recovery.

We encourage you to contact us soon as possible for a free, no-obligation consultation. Call us, start a live chat with us, or complete our online contact form any time to learn more. We’d be happy to talk with you over the phone or to meet with you in our conveniently located Natick law office.