How do I know if I need a paraquat injury lawyer? 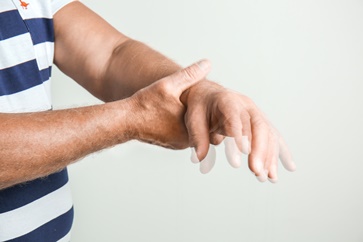 you are supposed to do next.

While paraquat is one potential cause of Parkinson’s disease, it is not the only cause of this neurological condition. You may wonder whether you could have a potential paraquat injury case and whether it is worth it to contact a paraquat injury attorney.

You don’t have to know that paraquat caused your Parkinson’s disease before you contact a paraquat injury lawyer. Instead, you should contact an attorney if:

Once your doctor diagnoses you with Parkinson’s disease, your condition will be assigned one of five stages:

You may have a paraquat lawsuit with any stage of Parkinson’s disease.

If you know that you’ve been exposed to paraquat and you’ve been diagnosed with Parkinson’s disease, then now is the right time to consult with an attorney.

Our paraquat injury lawyers offer free, no-obligation consultations, so you don’t have to worry about anything. You don’t have to know whether you have a potential lawsuit. Instead, our experienced legal team will conduct a full investigation into your potential case and advise you of all of your legal options.

Since the initial obligation is free, you have nothing to lose by scheduling your meeting today. However, if you fail to take action quickly, then you could potentially lose a lot. The law provides you with a limited amount of time to file a case. If you fail to file a paraquat injury case before the statute of limitation expires, then you risk never receiving compensation for past and future medical costs, lost income, out-of-pocket expenses, pain, and suffering.

We don’t want this to happen to you. Accordingly, we invite you to call, start a live chat, or complete our online contact form today to schedule your first meeting with our Massachusetts mass tort lawyers. We can’t change your diagnosis, but we will do everything we can to protect your future.