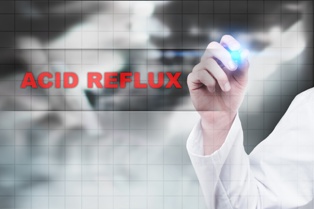 The proton pump inhibitor effectively treated your acid reflux, but did the medication also cause you significant harm?

Proton pump inhibitors (PPIs) are linked to various serious side effects, such as:

If you take Nexium, Prilosec, Prevacid, or another PPI medication, then it is important to understand the risks of various side effects and your legal rights if you’re injured.

In May 2019, researchers from Washington University School of Medicine in St. Louis and the Veterans Affairs St. Louis Health Care System published the results of a PPI safety study in the journal The BMJ.

How the Study Worked

What the Study Found

The results of the study indicate:

More than 80% of the PPI users included in the study were taking low doses of the medication, similar to what is available in over-the-counter PPI medications. This may suggest that over the counter PPIs need better safety warnings and that people should not be using them for extended lengths of time without talking to their doctors.

Researchers concluded that PPI medications should only be used when medically necessary and that, when they are used, they should be used at the lowest possible dose and for the shortest amount of time possible to avoid potentially fatal side effects.

Have You Been Hurt by a PPI Medication?

If you are diagnosed with, or if your loved one has died from, cardiovascular disease, stomach cancer, or chronic kidney disease after taking a proton pump inhibitor, then it is essential to understand your legal rights.

On August 2, 2017, multidistrict litigation (MDL) was established for PPI injury cases. Cases are currently pending, and you may have the right to pursue a mass tort case if you were hurt.

A mass tort case gives you the opportunity to seek legal compensation for a defective medication that caused you harm. You remain in control of your own lawsuit and recovery, but you and your mass tort lawyer can coordinate your legal efforts with other people who are similarly hurt to make your case easier.

To learn more, please contact the mass tort lawyers of Keefe Disability Law. We help people hurt by PPIs and other medications in Massachusetts, Rhode Island, and New Hampshire get the fair recoveries that they deserve. Call us or start an online chat with us now to schedule your free case evaluation.