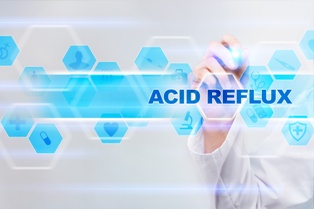 Proton pump inhibitors are one option for treating pediatric acid reflux and GERD. In November 2016, researchers published an article about the use of gastric acid inhibitors in infants in the World Journal of Gastrointestinal Pharmacology and Therapeutics. In the abstract for that article, researchers stated, “… proton pump inhibitors are widely and increasingly used, often without objective evidence or investigations to guide treatment.”

Despite their widespread use for infants and children, proton pump inhibitors may cause potentially serious side effects for children. These side effects include increased risks of:

In the January 2018 Archives of Disease in Childhood researchers also cautioned that proton pump inhibitors could pose toxicity risks for infants and children that are not yet fully known.

Later in 2018, different researchers published a study in JAMA Otolaryngol Head & Neck Surgery. This study looked at the medical charts of 293 children under the age of two who had abnormal results on videofluoroscopic swallow studies at Boston Children’s Hospital in 2015 with follow-up in 2015 or 2016. According to the study:

According to the researchers who conducted the study and wrote the findings, “These results support growing concerns about potential risks of PPIs and suggest the need to reevaluate the use of pharmacologic acid suppression in children with aspiration…”

Proton pump inhibitors have been on the market in the United States for decades. During this time, millions of people, including children, have taken the medication and may have been unaware of the serious side effects that could occur.

Pharmaceutical companies that make proton pump inhibitors have a duty to:

Pharmaceutical injury cases can be difficult to bring on your own. You need a lot of information that is in possession of the pharmaceutical company. Safety studies, manufacturing records, and other information may be important to your case.

You shouldn’t have to worry about how to get this information and make a successful claim as you care for your child. Instead, you have the right to work with a mass tort lawyer who can represent your child’s unique interests.

A mass tort case is not the same as a class action case. You may be able to share the costs of litigation and discovery with others who have been similarly hurt, but your lawyer will fight for your child’s personal recovery in a mass tort lawsuit.

To learn more about protecting your child’s rights, please contact us today via this website or by phone to schedule a free, no-obligation consultation.