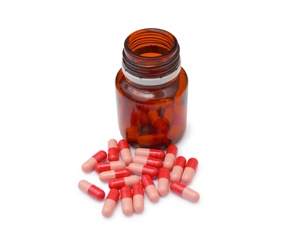 Various studies have linked prescription proton pump inhibitors (PPIs) to various health conditions such as an increased risk of:

There is also conflicting information about whether PPIs cause dementia in adults.

Additionally, proton pump inhibitors are prescribed to young children—including infants—in the United States. Children, like adults, may suffer serious side effects and should be carefully monitored while on these medications.

The research described above is in the public domain and is available to the drugs’ manufacturers, to the Food and Drug Administration (FDA), and others. Since 2010, the FDA has required several changes to PPI drug labels to reflect some of the risks described above.

In 1990, the first proton pump inhibitor came on the market in the United States. Since then millions of Americans have taken these medications and many have suffered the side effects described above.

In many cases, patients took these medications without knowing the risks that they could suffer. The drug manufacturers may have known—or should have known—about the risks, however, and they may have failed to provide sufficient warnings about the risks. Alternatively, they may have negligently designed or manufactured the drugs. If you were hurt by a failure to warn of the potential side effects or by a negligently designed or manufactured medicine, then you may have the right to pursue a legal recovery.

Your injuries are unique and you deserve an individualized recovery. However, you are not alone. You may have the right to join with other people in Massachusetts, Rhode Island, or New Hampshire who have been hurt by the same medicine that hurt you. Together, you can join or pursue a mass tort case. You can share in the costs of discovery and legal representation while remaining in control of your own case and while fighting for the compensation you deserve based on your personal injuries.

Our mass tort lawyers are here to help you. Contact us today via this website or by phone to schedule a free, no-obligation consultation to learn more about your rights and potential recovery.