What is a prescription medication manufacturing defect? 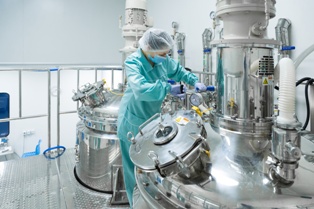 Pharmaceutical companies have a duty to design, manufacture, and market safe medications. If something goes wrong at any of these three stages, then the consequences can be devastating for many people who take the medication.

What Can Go Wrong During the Manufacturing Stage of a Prescription Medication?

A manufacturing defect happens after the medication has already been safely designed. If the medication had been made according to the specifications of the design and then marketed accordingly, then the prescription drug would not be defective.

Since the medication that was created was more dangerous than consumers expected it to be given its design and marketing, it is considered to be defective.

Evidence of a Manufacturing Defect

In order to win a defective manufacturing claim, you will need to prove that:

This will require evidence. Much of the evidence that you need will be in the control of the pharmaceutical company that is trying to defend itself. This may include:

Obviously, the pharmaceutical company is not going to hand this evidence over to you unless they are legally required to do so. An experienced mass tort lawyer can help you get the evidence you need through the legal discovery process. This may include requests for production of documents, interrogatories, depositions, and other requests that the pharmaceutical company is legally bound to answer.

When a mistake is made in the manufacturing of a medication, serious injuries or death can result. Many people who took the medication, or a batch of the medication, may suffer similar side effects. Together, the injured parties or the loved ones of those who have died may join together in a mass tort action to hold the pharmaceutical company accountable for its negligence.

However, in a mass tort case you and other similarly affected plaintiffs can join forces in discovery and in seeking justice. While you will work together on the legal case, your recovery will be unique. You may recover financial damages for the specific injuries that you suffered.

To learn more about your rights, your recovery, and how a mass tort case works, please contact our mass tort drug injury lawyers for a free, no-obligation consultation today. We would be pleased to review the facts of your case, to provide you with our honest opinions, and, if appropriate, to fight for your full and just legal and financial recovery.