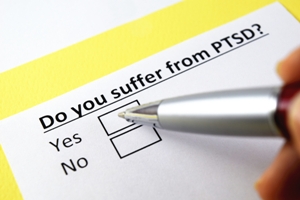 Traumatic brain injuries (TBI) range from mild concussions to severe brain damage, and are commonly caused by a sudden blow to the head. Most people who suffer these injuries will heal over time, but in some cases the condition can cause a much more difficult-to-treat condition known as post-traumatic stress disorder (PTSD).

The Relationship Between PTSD and Traumatic Brain Injury

Military studies first confirmed the link between PTSD and brain injuries, but it is important to note that anyone, anywhere, can develop PTSD. Car accidents, house fires, domestic violence, assault, shootings, and rape are common instances where the victim will suffer from both physical and emotional trauma that eventually manifests as PTSD.

PTSD and TBI both affect the brain, and have a number of overlapping symptoms. As a result, it may be difficult to know which condition is causing the problem. Common symptoms of both conditions include:

Could I Have Developed PTSD From a Brain Injury?

As the brain is not fully understood by medical science, people with TBI can have a wide range of symptoms. The number and degree of symptoms a patient suffers can make recovery extremely difficult, frustrating, and stressful. As the two conditions overlap with one another, TBI can make PTSD worse, and vice versa. For this reason, it is vital to have a proper diagnosis of your condition in order to get the most effective treatment.

Symptoms of PTSD may be aggravated side effects of TBI, which can be severely debilitating or even life-threatening. The most telltale signs of PTSD include:

A diagnosis of PTSD does not condemn a victim to suffering the condition forever. There are many highly effective treatments for the condition, and the Social Security Administration recognizes the condition as a disability, so you may not have to work while you recover. Please feel free to contact our law firm today to get started on your disability application, or download our free report, Five Most Frequently Asked Questions about Social Security Disability.