Did You Know What to Expect From Essure? 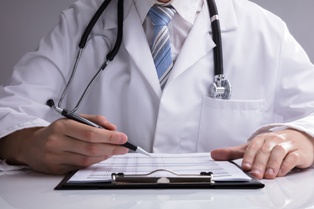 Essure provides this form of non-hormonal and non-surgical birth control. Essure is a set of two coils that are inserted into the fallopian tubes in a doctor’s office without the use of general anesthesia. The coils induce inflammation and scarring that seals off the fallopian tubes making pregnancy nearly impossible after about three months. Unfortunately, Essure also presents significant risks that have led to serious adverse health consequences for some women.

What Are the Risks?

Additionally, some women have had allergic reactions to the Essure coils, some have experienced significant mood changes such as depression, and some have suffered other significant long-term side effects.

In rare cases, death has been reported. This includes fetuses who were conceived after the mother had the Essure procedure and women who reportedly died from infection, uterine perforation, air embolism, and suicide.

Action Taken by the FDA

Since Essure received a conditional pre-market approval by the FDA in 2002, the agency has taken several steps to review the safety of the product. These steps include:

On April 9, 2018, the FDA, “… issued an order to restrict the sale and distribution of the Essure device to ensure that all women considering use of the permanent contraception device are provided with adequate risk information so that they can make informed decisions….” The FDA explained that it took this step because it was aware that some women were not sufficiently warned of the risks before consenting to the Essure procedure. Under the new restrictions, Essure can only be offered to a woman if the patient brochure, titled “Patient-Doctor Discussion Checklist – Acceptance of Risk and Informed Decision Acknowledgement,” is reviewed with her.

Actions You Can Take to Protect Your Rights

Approximately 750,000 women have received Essure since 2002. Many of them have not been hurt, but some have been seriously injured. If you are one of the women who have been hurt then you are not alone. Some of your neighbors in Massachusetts, Rhode Island, and New Hampshire may have suffered similar injuries from Essure and, together, you may be able to pursue a mass tort action.

Your first step is to contact us for a free consultation. Let’s talk about what happened to you and about how we can protect your right to receive fair damages for the medical costs, lost income, out-of-pocket costs, and pain and suffering that you have experienced after an Essure injury. Contact us today via this website or by phone to learn more.