Your Guide to IVC Filter Risks and Recoveries

A blood clot that travels to your lungs could result in a dangerous and potentially deadly pulmonary embolism. There are medical treatments available to help prevent a blood clot from 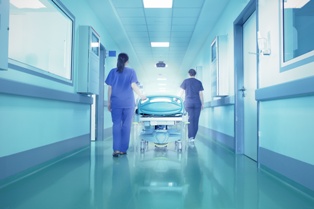 becoming a pulmonary embolism. After medications, such as Xarelto, have been discussed or tried, your doctor may suggest inserting an inferior vena cava (IVC) filter.

An IVC filter is a metal device that is surgically implanted in the largest vein in the body, known as the inferior vena cava. The filter acts as a cage that is meant to trap the blood clot before it can get to the lungs and cause you serious harm. An IVC filter may be temporary or permanent. Temporary IVC filters should be removed after the danger of a pulmonary embolism has passed, but often remain in the body indefinitely or permanently.

Sometimes it Is the IVC Filter That Causes Injuries

IVC filters are not new medical devices. They were first approved by the Food and Drug Administration (FDA) in 1979. However, over the past decade, the FDA has issued safety communications to warn patients and medical professionals about the potentially serious side effects of IVC filters. Some of the safety concerns about IVC filters include:

Internal organ damage, significant internal bleeding, pulmonary embolisms, and death can result. These complications and serious side effects may be more likely the longer a temporary IVC filter remains in your body.

In August 2010, the FDA reminded doctors that temporary IVC filters were not meant to be permanent implants and that the devices should be removed as soon as it is possible to do so safely. The FDA updated this safety communication in 2014 to include new research, but not new findings. In 2017, Temple University researchers found that while the use of IVC filters decreased by about 29 percent from 2010 to 2014, the use of IVC filters remained about 25 times higher in the United States than in European countries. Given the evidence about IVC filters, researchers believe that the rate of use in the United States should be similar to or lower than the use in European countries.

Are You at Risk for an IVC Filter Injury?

If you have an IVC filter then you should talk to your doctor about whether the filter should be removed after the risk for suffering a pulmonary embolism has passed. Additionally, you should seek immediate medical attention for any potential complications. Signs of a possible complication may include:

Many times, however, an IFC filter complication can occur with no warning at all.

Pharmaceutical companies that are negligent in the design, manufacturing, or marketing of their products may be liable for damages that patients suffer due to their negligence. If you have been hurt by an IVC filter then you may have a claim against Cook Medical, C.R. Bard, or another pharmaceutical company.

IVC filter lawsuits are complicated, and not everyone who has suffered an injury will recover legal compensation. In order to learn more about your rights and to protect your financial recovery, we encourage you to contact our medical device injury lawyers for a free consultation. We will investigate what happened to you, advise you of your rights, and if appropriate fight hard for your full and fair legal recovery. Call us today to schedule your free initial consultation so that you can get the honest and accurate information that you need to protect your future.