How long should hip and knee replacements last? 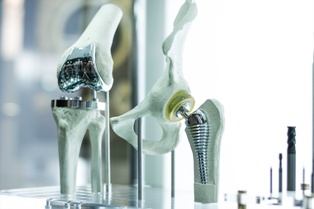 In February 2019, the results of a large study conducted by researchers at the University of Bristol in the United Kingdom were published. The study looked at more than half a million people who had knee or hip replacements over a 25-year period.

The information from the study gave doctors and patients actual information about the amount of time knee and hip replacements truly last compared to how long they are designed to last, and the study’s conclusions were encouraging. Specifically, the study found that:

This data includes patients from Australia, Finland, Denmark, New Zealand, Norway, and Sweden, but not from the United Kingdom or the United States. While U.S. patients were not specifically considered in this study, it is reasonable to conclude that it is possible for U.S. patients to enjoy the benefits of replacement surgeries for many years just like people in other developed countries. U.S patients can enjoy a pain-free and active lifestyle for many years after hip or knee replacement surgery.

Unless the Hip or Knee Replacement Is Defective

Premature failure of a hip or knee replacement device could result in:

These problems could require additional surgeries known as revision surgeries. Revision surgeries are often more difficult than initial hip or knee replacement issues because it can be hard to remove the replacement device once it is implanted in the body. In addition to the pain you experience with a defective device and the risks of additional surgeries, you may face lifelong disabilities.

This was not what you signed up for when you consented to surgery. Instead, you expected that the pharmaceutical company would produce a safe product that would allow you to live your life on your terms without worrying about pain.

Take Action If Your Knee or Hip Replacement Fails Prematurely

A full investigation will need to be done to determine the cause of the hip or knee replacement’s premature failure. If the device failed because a pharmaceutical company, such as DePuy, Zimmer, or Stryker, was negligent, then you may have the right to pursue legal action.

It can be challenging to pursue a successful legal case against a large pharmaceutical company. The pharmaceutical company has the information that you need to prove your claim in its control, and it will likely fight hard to keep that information from you. Pursuing a case on your own can be expensive, frustrating, and time-consuming, but you don’t have to do it alone.

Instead, you have the right to contact a lawyer who will fight for you. If other people have suffered similar injuries from the same hip or knee replacement, then you may be able to join together in a mass tort lawsuit to gather evidence and pursue legal action. However, even in a mass tort case, your recovery is unique and yours alone.

To learn more, please contact us via this website or by phone to schedule a free consultation.

If you have been injured by a defective medical device you need to speak with an experienced mass torts lawyer as soon as possible. Please contact us online or call our Natick Office directly at 888.904.6847 to schedule your free consultation.