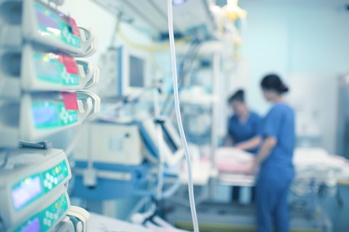 In 2010, Tracy Reed-Brown had an Option IVC filter made by Rex Medical LP inserted into her vein to prevent pulmonary embolisms.

In 2019, Tracy Reed Brown was awarded almost $34 million for injuries she suffered from that Option IVC filter.

Ms. Reed-Brown’s lawyer argued that the Option IVC filter had a defective design that caused his client’s IVC filter injury. Additionally, her lawyer alleges that she is at further risk of injury or death because the device is unable to be removed.

Rex Medical LP argued that its product was not defective and that Ms. Reed-Brown suffered her injuries because the surgeons who implanted the IVC filter did so incorrectly, and Ms. Reed-Brown did not receive follow-up medical care.

This Verdict Is the First

Tracy Reed-Brown’s case was the first of approximately 700 lawsuits filed as part of a mass tort against Rex Medical LP in Philadelphia. Her case is considered a bellwether lawsuit because it is the first of many that have similar facts and could have similar outcomes.

After many lawsuits are officially filed as part of a mass tort action, multi-district litigation or MDL is typically created to help move the cases along. One or more bellwether cases are selected that have facts that are similar to the other pending lawsuits. While the outcome of a bellwether case is not binding on any other case, bellwether cases provide both the plaintiffs and the defendant with important information about the strengths and weaknesses of their cases. Therefore, other people who suffered injuries from Option IVC filters and Rex Medical LP will carefully study the arguments made and the court’s decision in Tracy Reed-Brown’s lawsuit.

Rex Medical LP is not the only company that allegedly designed defective IVC filters. Different brands of IVC filters serve the same purpose. They are inserted into the inferior vena cava—the largest vein in the body—to trap blood clots before the blood clots can reach the lungs and cause potentially fatal pulmonary embolisms.

Temporary IVC filters are not meant to be permanent implants. The devices could migrate and cause injuries like Tracy-Reed Brown suffered, including:

Symptoms such as shortness of breath, pain, hemorrhaging, or abnormal heart rhythms should be promptly reported to your doctor.

Protect Your Rights After an IVC Filter Injury

Your doctors will do everything that they can to help you recover from IVC filter related injuries. However, the harm may have already been done, or the device may not be able to be safely removed, and you may suffer harm in the future from an IVC filter made by Rex Medical LP, Cook Medical, C.R. Bard, or another pharmaceutical company.

In some cases, punitive damages may also be awarded against the pharmaceutical company and result in more money for your recovery.

We want you to have all of the facts that you need to decide what steps to take next. Call our IVC filter injury lawyers today for a free, honest, no-obligation consultation if you’ve been hurt, or your loved one has died, from an IVC filter injury.

If you have been injured by a defective medical device you need to speak with an experienced mass torts lawyer as soon as possible. Please contact us online or call our Natick Office directly at 888.904.6847 to schedule your free consultation.