Could You Be Suffering From Post-Traumatic Stress Disorder? 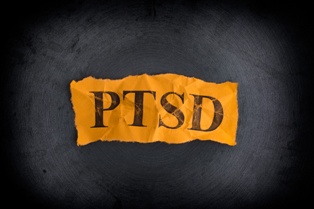 In the immediate aftermath of a shocking or terrifying event, most people feel anxious, scared, or sad. However, when these feelings continue or interfere with your daily life, then you may be suffering from a recognized mental health condition known as post-traumatic stress disorder (PTSD).

You should talk to your doctor about PTSD if you:

There is help available.

Veterans suffer PTSD at a rate that is higher than the incidence of PTSD among the general population. According to the U.S. Department of Veteran’s Affairs, in any given year:

Other veterans also suffer PTSD. The causes of PTSD among veterans come from horrific war experiences, military sexual trauma, and other traumatic events. However, veterans are not the only ones to suffer from post-traumatic stress disorder.

PTSD Can Happen to Anyone

According to the National Center for PTSD, approximately eight percent of the U.S. population will experience PTSD at some point in their lives. The percentage is slightly higher for women and slightly lower for men, though people of any gender can suffer from this condition.

The specific cause of this disorder is unknown, and the events that can trigger the condition can vary substantially. However, ongoing research into the condition has begun to show the following patterns of susceptibility:

Experiencing a dangerous event is not the only way to develop PTSD. In fact, some people suffer from PTSD as a result of a friend or family member experiencing the danger or harm.

In PTSD cases, the natural response of anxiety and fear does not end when the situation resolves itself. The feelings become linked to the event in such a way that any reminder of the incident can cause those feelings to resurface at full force. The acute anxiety brought on by the episodes, which can occur at any time, can affect the victim’s ability to function in daily life—including as a member of the workforce.

According to the Mayo Clinic, people living with PTSD are more likely to suffer from other mental health conditions, such as:

PTSD alone—or together with any of these other mental health conditions—can make it difficult to maintain a job.

What Happens If You Are Unable Work

Given the severity of PTSD, the Social Security Administration (SSA) recognizes it as a disabling condition. However, in order to be considered for PTSD disability benefits, you must prove that you have the condition and you must explain how it affects your ability to work.

If you have post-traumatic stress disorder, then you may be eligible to receive Social Security disability benefits. Contact our office today to learn more about your filing options and how to successfully convince the SSA that your condition is worthy of benefit consideration.