In 2015, JUUL Labs, Inc. introduced its first e-cigarette in the United States. Since then, teenagers in New England and throughout the country have used JUUL products. Some teens may have believed that JUULing was safer than traditional cigarettes because of JUUL’s marketing and social media campaigns. Now they may be paying the price, and our Boston area mass tort attorneys are here to help them get the fair recoveries they deserve. 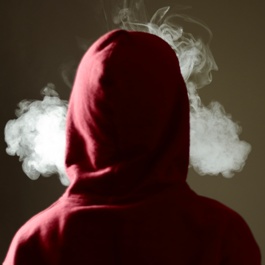 E-cigarettes are still relatively new and scientists are still evaluating the long-term health consequences of e-cigarette use. However, “The use of e-cigarettes is unsafe for kids, teens, and young adults,” according to the Centers for Disease Control and Prevention (CDC). Some of the dangers already associated with vaping include:

Other serious health risks may also be connected to vaping. For example, in 2019, the Food and Drug Administration (FDA) began investigating the potential connection between vaping and seizures.

JUUL Labs maintains that it did not market its products to minors. Yet, the evidence suggests otherwise. Several state attorney generals have filed lawsuits against JUUL Labs for its role in creating a youth vaping epidemic.

The Massachusetts lawsuit seeks compensation for the public health crisis affecting teens and young adults across the Commonwealth.

Protect Your Teen’s Right to a Fair Recovery

State lawsuits are important, and so are the other lawsuits filed by parents and school districts across the country. However, as a parent, you need to know how to protect your own child’s right to a fair recovery.

Your child may be able to recover damages for the significant harm caused by JUUL products. Our Massachusetts mass tort attorneys will fight for your child’s fair recovery of past and future: