Five Dangerous Side Effects All Invokana Users Need to Know About 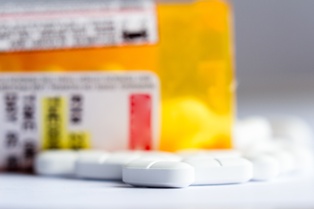 Medications come with warnings. In that regard, Invokana is no different from most other medications. Invokana is an important medication that is approved by the Food and Drug Administration (FDA) for the treatment of type 2 diabetes and to reduce the occurrence of stroke, heart attack, and cardiovascular disease in adults with type 2 diabetes. Unfortunately, this drug comes with risks, and some people suffer serious side effects without warning.

As a patient, it is important to consider existing warnings so that you can make an informed decision about whether the benefits of the medication outweigh the potential risks. If, however, you are not sufficiently warned about the possible side effects until you have already been hurt, then you have been denied this opportunity to make an educated and informed choice. Some Invokana users were allegedly not appropriately warned of the drug’s risks and were hurt without adequate warning.

Since Invokana’s FDA approval, the government has issued some important warnings about the medication’s safety. Some of the most serious risks that are currently associated with Invokana include:

These aren’t the only risks associated with Invokana, but any of these injuries can change your life forever.

Protect Your Legal Rights After an Invokana Injury

Many of the warnings about Invokana’s dangerous side effects came after the drug’s March 2013 FDA approval. Johnson & Johnson, the pharmaceutical company which makes Invokana, may be liable for any injuries that you suffered because the company failed to adequately warn of you of risks that were known or that should have been known to the company before your injury.

It is up to you to take action to protect your legal rights. You must pursue a fair legal recovery against Johnson & Johnson if you want to recover financial damages. This can be very difficult to do on your own because Johnson & Johnson has both the resources and the interest to defend itself against your allegations.

However, you don’t have to do it alone. Other people who have been hurt by Invokana in Massachusetts, Rhode Island, New Hampshire, and throughout New England and the country have filed lawsuits against Johnson & Johnson. The cases are part of multidistrict litigation.

If you’ve suffered one of the Invokana injuries described above, then please don’t wait another day to find out if you may have a viable lawsuit against Johnson & Johnson. Call our New England Invokana lawyers today for a free, no-obligation consultation about your rights. We will review your case and provide you with all of the information that you need so that, unlike when you began taking Invokana, you can now make an informed decision based on all of the facts.