What Is Diabetes and Why Does it Keep You From Working? 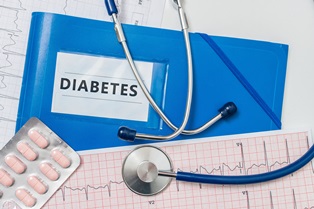 Diabetes is one of the leading causes of death and chronic disability in this country. More than 30 million people, or more than nine percent of the U.S. population, have diabetes, according to the American Diabetes Association. An additional 84.1 million people have pre-diabetes and are at an increased risk of developing diabetes.

The Truth About Diabetes

Many people believe that diabetes is a medical condition that affects only individuals who are overweight or those who eat a poor diet—this is not true. Diabetes is a serious disease that is linked to both genetic and lifestyle factors.

In a person without diabetes, insulin in the blood carries sugars to cells throughout the body. These sugars are used to produce energy. A person with diabetes is unable to produce insulin naturally or cannot properly use the insulin the body produces, so the sugars stay in the blood, causing the high blood sugar levels that characterize diabetes.

Why Diabetes Is Dangerous

Too much sugar in the blood can affect the body in many ways. For example:

Any of these diabetes complications can interfere with your activities of daily living.

Diabetes and Insulin Disorders May Keep You From Working

The Social Security Administration’s blue book of adult disability impairments includes several insulin disorders as viable conditions for disability approval—depending on the severity of the condition and the effect on other body systems.

Diabetes can often be managed. Thus, a diagnosis of diabetes is not enough to qualify you for Social Security disability benefits. Instead, you need to prove that you suffered a complication of diabetes, such as peripheral neuropathy, loss of kidney function, or something else that is both permanent and totally disabling.

Do You Have Questions About Applying for Disability for a Diabetes-Related Diagnosis?