There were over 4,500 cases of Lyme Disease in Massachusetts in 2016 alone!

August is the month when tiny larval black-legged ticks (“deer ticks”) hatch. Then they feed on a variety of mammals and birds.  Most animals groom the ticks off. The problem occurs when they attach to mice, who are not fastidious groomers.  The mice are the main source of the infection transmitted to the tick larvae that causes several diseases, the most common of which is Lyme Disease. You won’t notice the ticks until late spring, after they have been dormant through the winter, then morphed into the nymph stage. Spring and summer is the time they may find nice juicy human legs, arms and bodies. 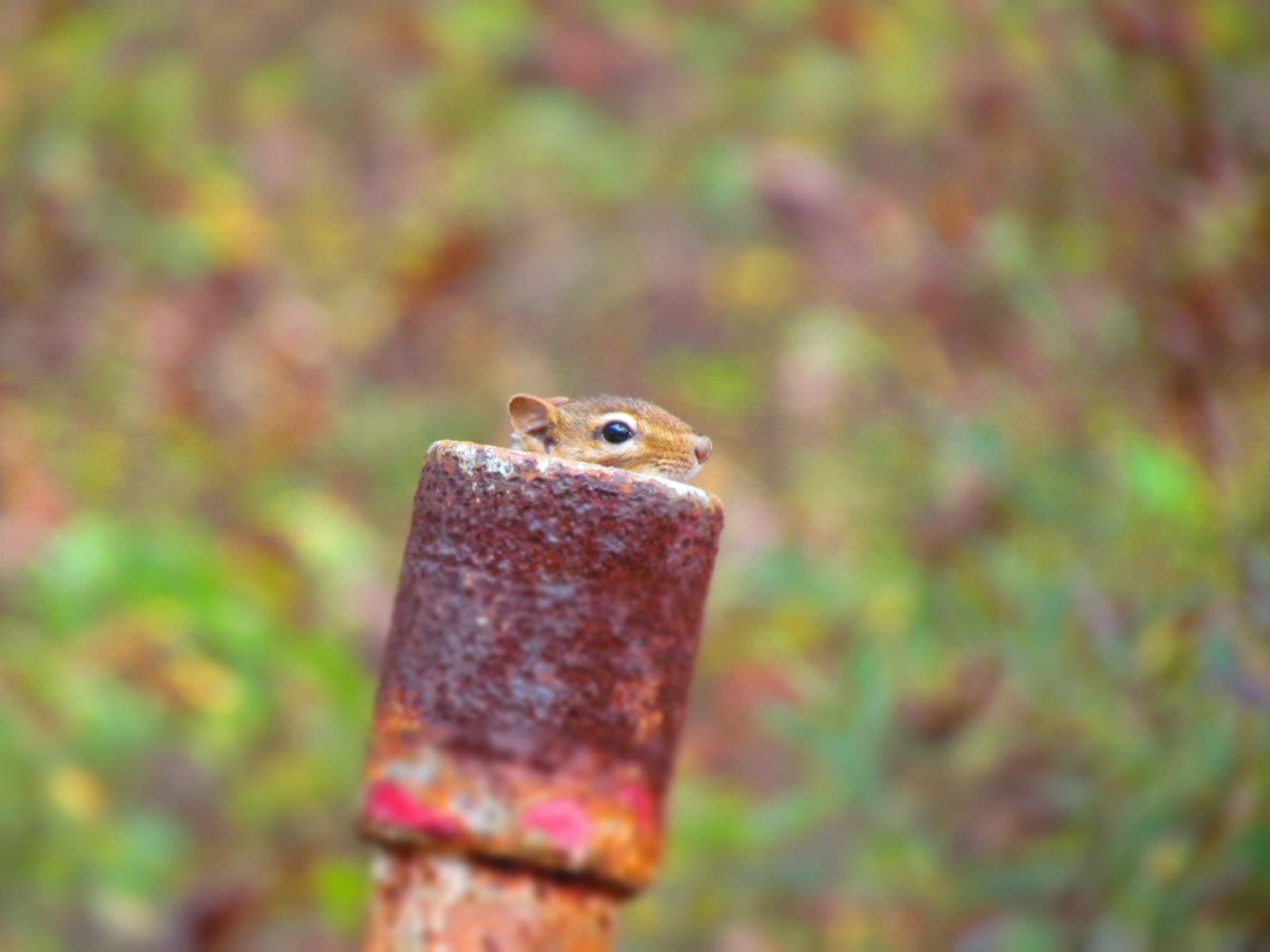 More than half of ticks in infected areas, like eastern Connecticut and Cape Cod and many other parts of the country, have the Lyme bacteria; nevertheless, only a small percent of tick bites result in infection. Fortunately, the infection is not immediately transmitted to humans. The bacteria have to undergo a transformation before transmission is possible. This maturation  takes at least 36 hours from the time the tick starts feeding until the infection can occur. So if you remove a tick before those 36 hours have elapsed, there should be no transmission of Lyme Disease.

Cover Up to Avoid tick bites.

The best way to avoid contracting Lyme is to keep those little creepy crawlies off your limbs and body. When out in the woods in spring, summer and fall, wear long pants and long sleeves. Be a complete geek and tuck your pants into your socks so ticks cant crawl up your legs. This is no fashion statement - but worth it! Once Warm weyou are covered with clothes, you can spray with insect repellant, best if it contains the chemical DEET.  There are even clothes that are already treated with insecticide to make this a little easier (but more expensive).

The classic tell-tale sign of Lyme is the bull’s-eye rash at the site of the bite, but this is not always present. And many people do not notice a tick at all. Remember these are very tiny insects. Others say they feel the very first bite acutely!

There were over 4,500 cases of Lyme Disease in Massachusetts in 2016 alone!

I had lyme's diosease 20 years ago. This is what happened.

One summer almost 20 years ago when I had Lyme, on Cape Cod, I had no idea what the problem was when I developed a high fever. Then came the vomiting and excruciating headache. But my husband was sure right off the bat that it was Lyme. And he was right (as usual). On the 3rd day I went to the hospital - they suspected flu, gave me fluids, sent me home. A couple of days later I went back for more fluids and the doctor was starting to get worried. He threatened me with a spinal tap if I was no better the next day, sent me home again. The next day all hands were so happy to see the bulls-eye rash, so no spinal tap was necessary, just more fluids. A fever lasting several days thoroughly dehydrates your body. The ER doctor passed me off to an infectious disease specialist who administered the Lyme blood test, and prescribed antibiotics. After a week or so I completely recovered and don't think I have any long term adverse affects. But we do put the flea and tick treatment on our dog...

In the intervening decades the medical community has become much more sensitive to the possibility of Lyme Disease, and would no doubt resond more promptly now. It seems as if most of the population on the Cape has had Lyme, some acutely like me, and others more subtly and for much longer.

What are the symptoms of lyme disease?

The symptoms of Lyme vary enormously, ranging from rash, fevers, nausea, headaches, Lyme meningitis, arthritis, to facial nerve palsy. All of these can, of course, be symptoms of other diseases as well. Particularly in the summer, when most children and adults are healthy, these symptoms should raise suspicion and send you to your doctor.

How is Lyme Disease treated by the doctor?

Most patients respond to the standard antibiotic treatment of doxycycline. But if the symptoms persist, they could be caused by a second infection, like babesiois or anaplasmosis, which would be treated with a different antibiotic. Another possibility is a newly publicized infection, this one viral, called Powassan. For this, of course since it is a virus, there is no effective antibiotic, so treatment is more difficult.

Preventive measures are most important in the warm weather, when all those arms and legs are exposed, and ticks are most active. Whenever the temperature is above 38, keep covered and use DEET repellants on clothing. The tick check at bedtime is an important step. Remove a tick with tweezers, not by applying a match or smothering it with Vaseline. Some doctors want to send the tick to the lab to check for Lyme infection. Check with your doctor.

Want to Take a Walk in the Woods? photoby  Szmigiel on Unsplash 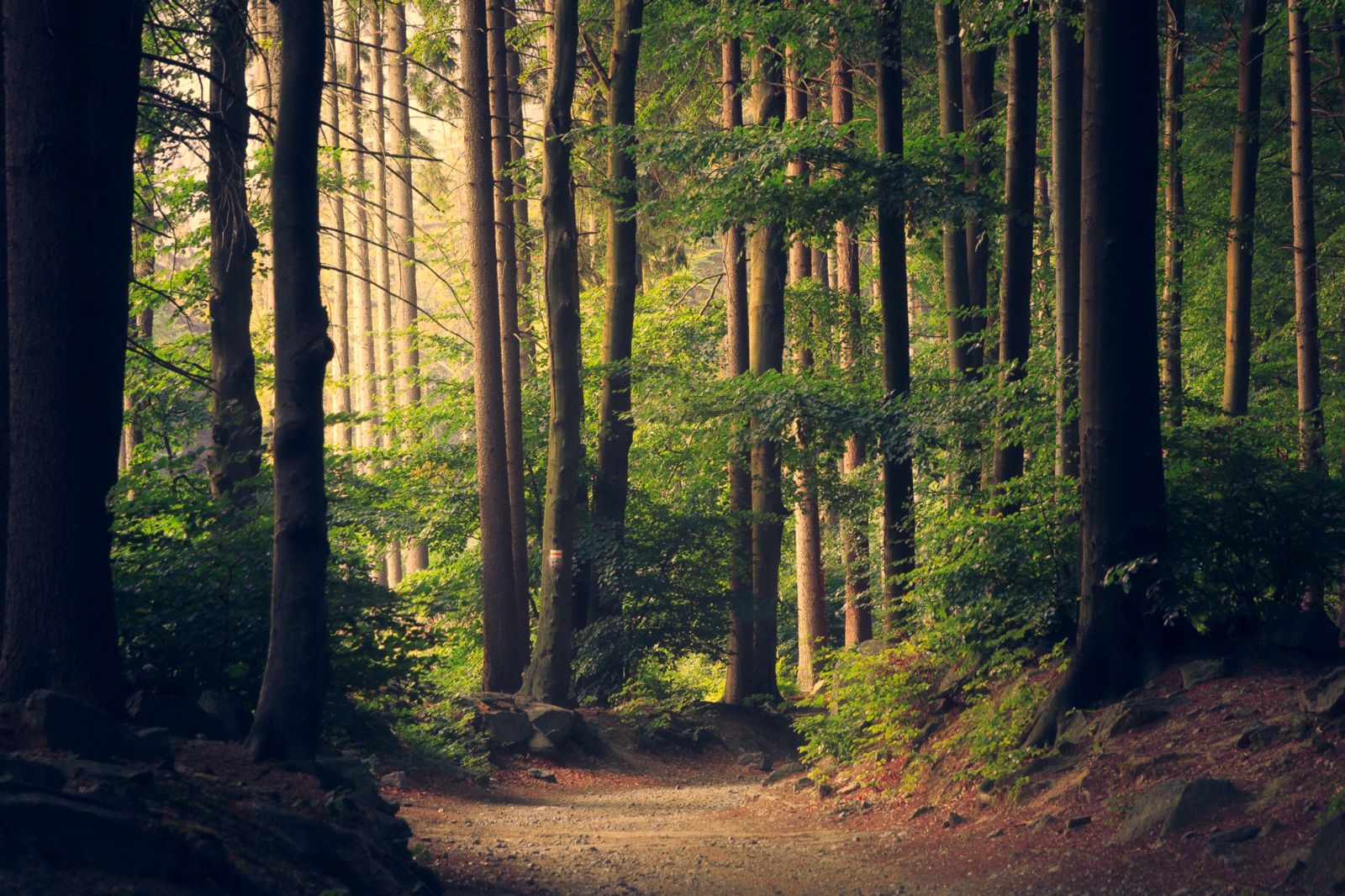 When you get Lyme disease, what makes you sick?

The suspect bacterium, Borrelia burgdorferi, was identified decades ago. But recently the prospect of additional bacterial strains, which could be causing more serious symptoms, is being studied. It seems that the common bacteria can genetically recombine to create different strains that behave dissimilarly in humans. Some of these are more likely to invade the nervous system or heart. The variety of bacteria is one issue, but the way the human body responds to each of them makes it even more complicated. Most patients report the expected flu-like symptoms, but there are also cardiac and neurological problems that seem to be caused by Lyme disease.

Diagnosing Lyme in its early stages can be tricky, when blood antibody levels are too low to be detected by the standard government recommended tests. The fortunate patients are those with acute cases of Lyme, sometimes including the typical rash, that cannot be ignored, so they usually get treatment quickly.

For those whose symptoms start out as more minor, even though annoying, identifying Lyme is more problematic.  Only after a few weeks is the usual blood test effective. And then it is not reliable. Symptoms may not resolve, and may intensify after a few months to include shortness of breath, heart palpitations, swollen joints, nerve pain, brain fog and short-term memory problems. Chronic Lyme is only recently being widely recognized by family doctors. If you think you are experiencing symptoms of Lyme Disease, you should seek a specialist in Lyme Disease, or an infectious disease specialist.

Researchers at Northeastern University, led by Professor Kim Lewis,  have identified some cells from the bacterium Borrelia burgdorferi  that can evade antibiotics. This could help explain why some patients do not respond well to treatment. There is increasing interest in the resistance to the antibiotics, allowing Post-treatment Lyme Disease Syndrome to develop. This is more common in patients who were diagnosed  some months after they experienced initial Lyme symptoms. This team has tried a couple of different approaches to deal with this resistance. One that incorporates repeated “pulsing” doses of strong antibiotics seems promising, but requires additional research and testing.

Researchers at the Mayo Clinic have been pursuing the possibility that different bacterial species may be responsible for more serious symptoms including neurological issues. They have identified a microbe they have named Borrelia mayonii. Another one is called Borrelia bissettii, which may be linked to Lyme disease. And there may be many more. Now that research is progressing in many different labs around the country, just as Lyme and other tick-borne diseases are spreading, there may be many more species to be discovered.

Although most cases of Lyme Disease can be treated and the symptoms minor, for many people the condition is incredibly severe and life changing. If you have Lyme Disease and the symptoms are making it difficult to work and live a normal life, filing for disability benefits may be a smart move. If your symptoms persist for over a year and wont go away you may be eligible to receive monthly benefits. Feel free to call or text the specialists at Keefe Disability Law at 1-800-776-2929 to answer any questions you have about disability and Lyme Disease.