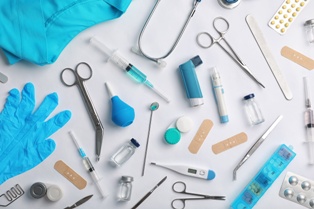 It is difficult for patients and doctors to know if there is a problem with a medical device. Often, the public isn’t aware of the problem until so many people have been hurt that the media is reporting on the danger. By that time, people may have been unnecessarily injured or even killed by defective and dangerous medical devices.

Typically, the public can search the U.S. Food and Drug Administration’s (FDA’s) Manufacturer and User Facility Device Experience (MAUDE) online database to learn of medical device malfunctions, injuries, and deaths reported by medical device manufacturers, doctors, patients, and others. MAUDE allows users to type in the name of the medical device and to get detailed information about previously reported adverse events.

However, for more than two decades, the FDA allowed some medical device manufacturers to report adverse events in a quarterly report rather than individually. From 1997 through June 2019, some medical device manufacturers were permitted to report problems through an Alternative Summary Reporting Program. These summary reports were filed quarterly, and they were only available to certain people within the FDA. Generally, they were not accessible to doctors and patients in the way that individual adverse event reports are made public through the MAUDE database.

According to a March 2019 Kaiser Health News investigation, more than one million reports were made through the Alternative Summary Reporting Program from 2016 through the beginning of 2019. Yet many doctors and even a former FDA commissioner knew nothing of the program’s existence or, more importantly—the adverse effects included in the summary reports.

Now, the collection of approximately six million alternative summary reports filed between 1999 and 2019 will be available on the FDA’s website for doctors, patients, and the public to review, but for some people who were hurt by defective medical devices this information comes too late.

Have You Been Hurt by a Defective Medical Device?

Whether previous problems with your medical device were reported through MAUDE, the Alternative Summary Reporting Program, to the FDA in another way, or not reported at all, you may have the right to recover damages.

Often, you are not the only one who has been hurt by the medical device. Our lawyers will thoroughly investigate the alleged defect, carefully review the FDA reports, and consult with experts as needed to determine the scope of the problem.

If other people suffered similar injuries from the same device, then together, you may pursue a mass tort action against the medical device maker. There are many benefits to pursuing a mass tort case, rather than a class action case or an individual lawsuit, against a pharmaceutical company. In a mass tort case:

We understand that you have a lot of questions about protecting your legal rights after a medical device injury. Our experienced legal team wants to get you all of the answers that you need so that you can make an informed decision about what to do next. Call us or start a live chat with us at any time to schedule a free, no-obligation consultation to learn more about your rights and possible recovery.