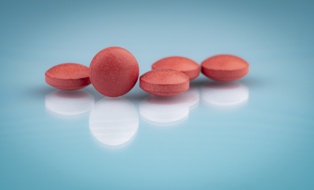 On Monday, March 25, 2019, Bayer and Johnson & Johnson’s Janssen Pharmaceuticals announced that they were settling approximately 25,000 lawsuits related to the blood thinning medication Xarelto.

Xarelto was approved by the U.S. Food and Drug Administration (FDA) in 2011 to treat deep vein thrombosis and to reduce the risk of pulmonary embolisms following hip and knee replacement surgeries. The medication was marketed as being easier to take than other blood thinners, such as Warfarin, because Warfarin requires frequent blood tests and adherence to a strict diet while Xarelto does not have these requirements.

Plaintiffs who were hurt, or the survivors of people who died from Xarelto complications, alleged that they suffered specific injuries such as internal bleeding, stroke, and blood clots and that they may not have taken Xarelto if they had been warned about these life-threatening risks.

As of March 2019, there were approximately 25,000 Xarelto injury cases pending in multi-district litigation (MDL). Bayer and Janssen Pharmaceuticals agreed to settle the case for $775 million. Each company will be responsible for paying one half of the $775 million settlement money. The court will appoint a special master who is responsible for processing the individual claims that are part of the multi-district litigation and who will manage any appeals that are related to these Xarelto cases.

The settlement covers the approximately 25,000 Xarelto injury cases that are pending and may cover additional cases as well. As part of the settlement, individuals who had already contacted a Xarelto lawyer for help prior to March 11, 2019, may benefit from the settlement if they registered their claim by March 28, 2019, and filed their lawsuit by April 4, 2019.

Neither Bayer nor Janssen Pharmaceuticals admitted any liability for Xarelto-related injuries. Instead, the pharmaceutical companies claim that they are settling the cases because medication litigation, such as the Xarelto cases, are complex, and they take a lot of time and resources. Both Janssen and Bayer stand by their product, and Xarelto remains on the market in the United States. Janssen and Bayer won six Xarelto trials before agreeing to settle the approximately 25,000 outstanding claims against them.

If you have been injured by Xarelto, or if your loved one died from a Xarelto complication, and you are part of the multi-district litigation, then it is important to consult with your lawyer about your personal settlement. Not everyone who is part of this settlement agreement will receive the same recovery. In multi-district litigation cases, plaintiffs are compensated for their unique injuries and retain the right to make their own settlement decisions. Additionally, settlements may vary based on when you were hurt. Individuals who were hurt prior to December 1, 2015, may be eligible for more significant recoveries than those who were hurt on or after that date.

Xarelto Isn’t the Only Dangerous Drug on the Market

While Bayer and Janssen Pharmaceuticals agreed to settle Xarelto claims, there are still many other types of dangerous drug and defective medical device cases pending. If you have been hurt by the side effect of a dangerous medication such as Invokana, Taxotere, Uloric and Valsartan, or a defective medical device such as Essure, hernia mesh, or hip and knee replacements, then we encourage you to contact our office for a free and confidential consultation. We may be able to work with other similarly injured people to help you get the recovery that you deserve. Call us or start a live chat now to learn more about your rights and your potential recovery.